VINTAGE IS IN! | Village of Chenequa, Wisconsin 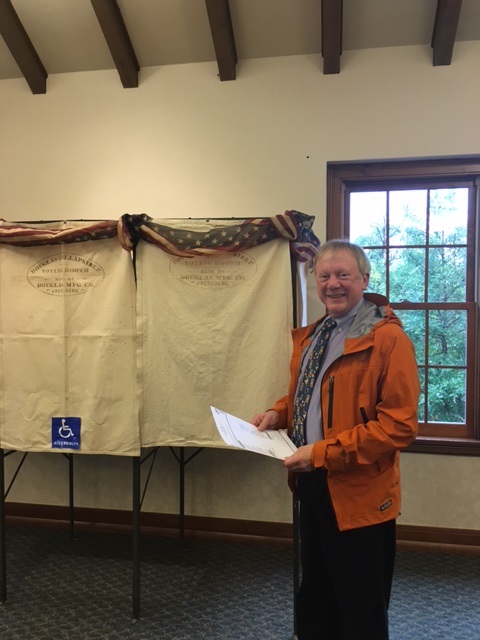 This voting booth was made by the Douglas Manufacturing Company in Crete, Nebraska.  The company was founded by William W. and Elizabeth Robb Douglas. She is credited with the idea of creating a collapsible voting booth. According to company history, she pledged $20,000 to a missionary to Tibet without knowing how she would fulfill the promise.  She then had a dream where she saw an old man with a long white beard who told her to make a steel collapsible voting booth.  When she woke up, she used cardboard and sewing pins to put together a prototype.   A patent was issued to the Douglases in 1906. When part of the family moved to Los Angeles, a factory was started there.  In 1912 a factory was built in Crete, where it still exists.

Couldn't find what you were looking for?

Try our Frequently Asked Questions page, or try a different search using the form below.